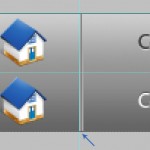 Admin login on your front page

How to modify your WordPress RSS Feed

WordPress: how to separate comments and trackbacks