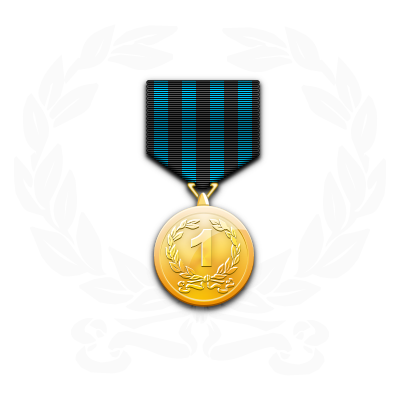 Playing to Win – How Video Games made me a better entrepreneur

I have always enjoyed playing video games. Probably a little too much, with a tendency to get addicted :) Street Fighter, Tekken, Warcraft, Starcraft, WoW,  just to name a few. I especially loved those games because they were easy to learn but difficult to master and provided great depth for those willing to put time and effort into the game. I can’t even tell how many hours I spent, practicing various combos in Tekken, analyzing replays in Starcraft, doing calculations for what would be the best equipment for my WoW character or just reading articles about improving myself as a player.

One series of articles, “Playing to Win” by David Sirlin, a game Designer from California, introduced me to a concept that changed the way I approached games and later helped me a lot in succeeding as a developer and business founder.

David puts players of video games into one of  two camps: those who use everything the game offers to gain an advantage and win, and the “scrubs”, those who are held back by an intricate construct of fictitious rules that prevents them from ever truly competing.

In Street Fighter, the scrub labels a wide variety of tactics and situations “cheap.” Performing a throw on someone is often called cheap. A throw is a special kind of move that grabs an opponent and damages him, even when the opponent is defending against all other kinds of attacks. The entire purpose of the throw is to be able to damage an opponent who sits and blocks and doesn’t attack. As far as the game is concerned, throwing is an integral part of the design–it’s meant to be there–yet the scrub has constructed his own set of principles in his mind that state he should be totally impervious to all attacks while blocking.

Players denying themselves perfectly valid ways to win the game, because they think something is cheap or boring or a shortcut, is, was and always will be, a very common thing in video games and it will always put them at a disadvantage. They usually blame the game, bad luck or any other number of things for their loss, instead of accepting the fact that they probably could have won if they would have left their arbitrary set of rules behind…

How does Playing to Win relate to the Business World?

On my journey to self employment I realized that in the business world you have a very similar set of “players”: Those who accept the rules of the system and use it to its full potential, and those who don’t.

Playing to win on a marketplace

As you probably know, I sell WordPress Themes on Themeforest and it currently works out quite well for me. Its a digital marketplace similar to the Apple App Store or the Google Play Store with thousands of developers and millions of customers. A symbiotic system were developers provide the software and the marketplace provides the customers and then profits are split (usually 70/30).

But I have noticed that a lot of talented developers put themselves at a distinct disadvantage because of some weird, made up rules.

Want an example? (one of many)
You provide the Software, the Marketplace provides the customer. Sure. However that does not mean that you can now lean back and skip any marketing efforts yourself. Yet a lot of developers do so and then wonder that others, who use their own websites, blogs, guest posts on other blogs, twitter accounts or any other form of advertising, get better sales. These developers claim that since they already share the revenue with the marketplace, they shouldn’t need to do additional advertising and in refusing to do so, put themselves at a disadvantage to those who do additional marketing.

In addition to that, most marketplaces are designed in a way that favors those who sell more. There are automated top seller lists, curated top seller lists, sorting search results by downloads, etc. In short: the more you sell, the better your visibility. Yet instead of embracing the fact and using it to their advantage they blame the system and declare it broken.

Fixing your problem: improve yourself first and get better at competing

To use our example above, if you already know that the system works in favor of those who advertise, then get the hell out and advertise yourself. There are so many websites who are constantly looking for guest authors, some of them even paying good money for your articles that there is no valid reason to not use the system to your advantage. Or write an article on medium.com. Or create some freebies. Write tutorials. Host competitions. Lotteries.The possibilities are endless :)

But most of the time, to come to a conclusion like the one above, you need to take a step back and analyze the situation. This takes practice and time. And I would recommend to always assume at first, that there is indeed something wrong with your approach or your product. It’s the simplest explanation, it’s what Ocam’s razor would suggest, and it is what was true for me pretty much all of the time when one of my WordPress Themes didn’t sell. It’s very easy to be a “scrub” and blame the system, the marketplace, the circumstances, but it’s damn hard to accept that the piece of work you have spent months to create, simply is not good enough to compete.

The great thing is that once you realize, that in most cases you are to blame all by yourself, you also realize that you are the one who can change the situation. You don’t need a government to fix the market (not in this particular case at least), or hope that the big corporation which is hosting your marketplace changes it in your favor. You “simply” need to improve yourself and make use of all your available options.

Being a “Scrub” by choice

You have probably heared about Rocket Internet, the startup incubator that got “inspired” by companies like ebay, Groupon, Zappos or Stripe and then created their own counterparts of each of those services. In my opinion its simply refurbishing other peoples great ideas to cash out big time.

I couldn’t do it. The moral rules that I developed over the last few years as small business owner would stop me. But I am aware of the fact that its legal, that it is a viable business model (whether I like it or not) and that they earn billions in doing so. The implication is that If I ever want a shot at getting super rich I cannot use the path they used, even if it is probably much simpler than coming up with my own idea. So be it. But in that case it makes no sense for me to whine about it either :)

We are hiring a Front End Developer/Designer
Scroll to top